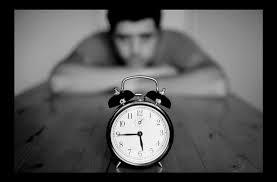 Waiting can be so frustrating, especially when we want something to happen. I have spoken with several people recently who feel stuck waiting.

Why do we have seasons when it seems like someone hit the “pause” button and those things we hoped for seem more elusive than ever?

From my own seasons of waiting, I have discovered that when life seems to lag, I need to:

We can lose sight of God’s presence and blessings in the present if we look and long too much for our future goals and plans, or if we focus too much on how we wish our circumstances would change. We are told to “Be still, and know I am God” (Psalm 46:10, NIV). The NASB says, “Cease striving, and know I am God.” That Bible verse emphasizes not struggling in our situation, but rather relaxing and allowing ourselves to know and experience God where we are at the moment.

Jacob realized this truth when he said, “Surely the Lord is in this place, and I was not aware of it” (Genesis 28:16, NIV). The Lord is with us in our place of waiting. When we can’t see God moving, it doesn’t change the fact that He is always at work and constantly with us (John 5:17 and Matthew 28:20).

David wandered in the wilderness for many years after the Lord told him he would be king. He chose to trust God during that time and never jumped ahead of the Lord, even though he had several opportunities to take matters into his own hands. During that time, the Lord grew David’s faith, as He gave him countless opportunities to trust Him. David learned many valuable lessons during his waiting time which served him well later when he was king. David embraced what God had for him in the waiting. Most of all, David discovered a great deal about the love, grace, power, and faithfulness of God in his season of waiting.

Proverbs 19:21, NIV, says, “Many are the plans in a person’s heart, but it is the Lord’s purpose that prevails.” That’s because God’s plans are meant to prosper us, not to harm us, to give us a future and a hope (Jeremiah 29:11). His plans also aim to bless others and accomplish His higher ideals. We have to choose to trust His purpose in our waiting.

Hope in the Lord.

“The Lord will accomplish what concerns me” (Psalm 138:8, NASB). He is Lord, so He can move with power and authority to order our lives appropriately. We can choose to hope in the Lord while we are waiting. The Biblical definition of hope is “a confident expectation.” In other words, we can confidently expect God to be who He says He is and to do what He says He will do . . . even in the waiting.

Question: What have you learned from your seasons of waiting? Comment at the link below.